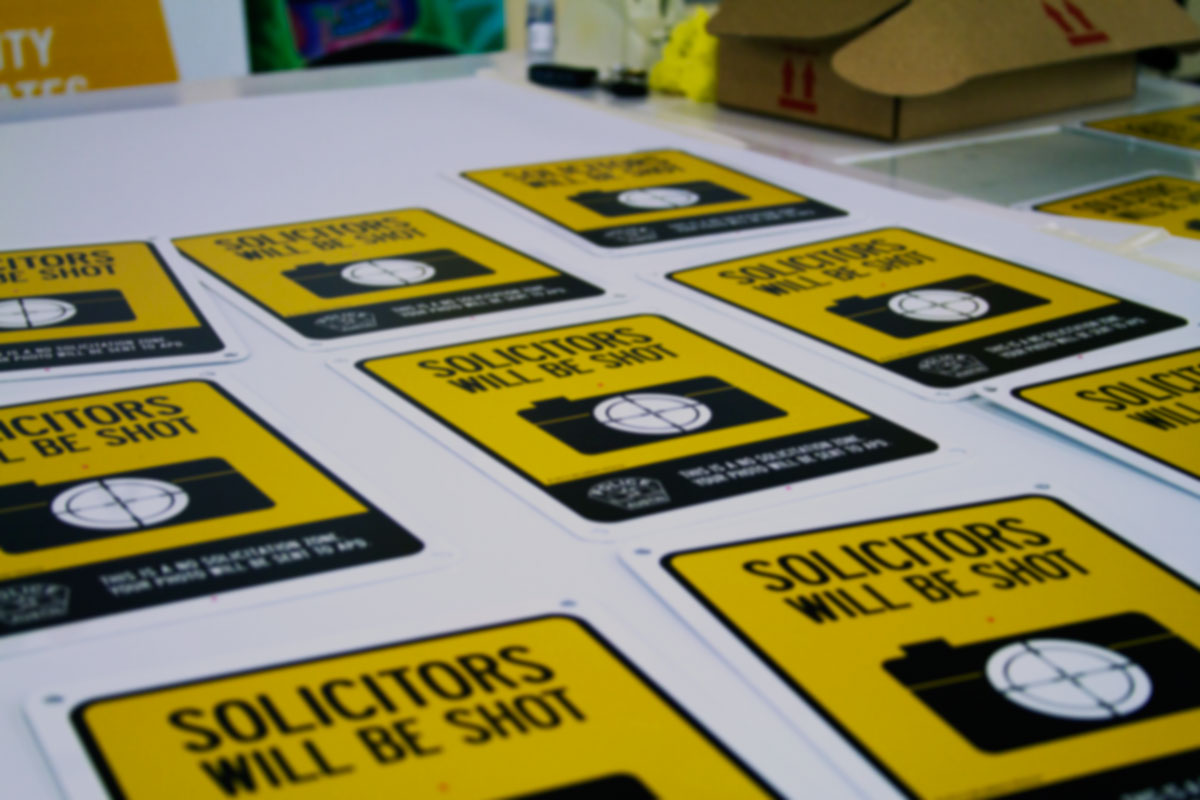 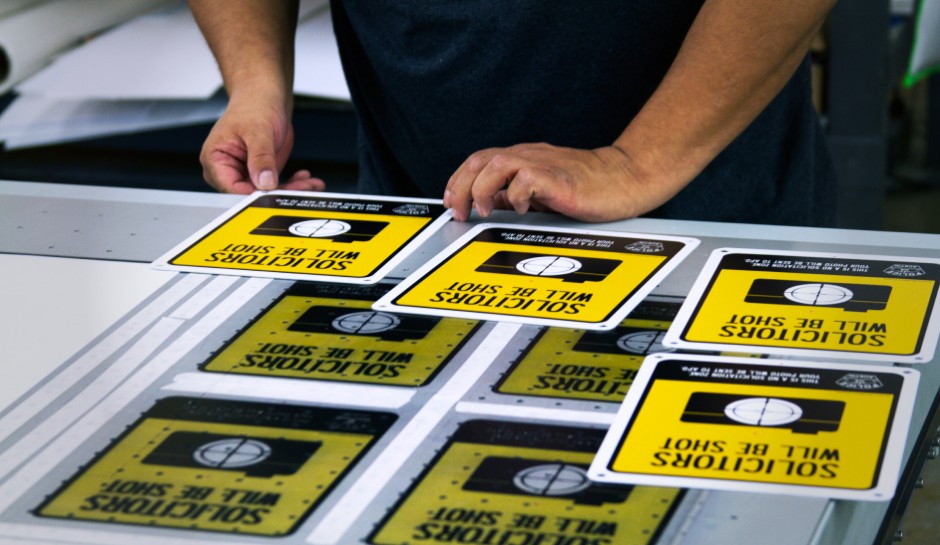 Endorsed by the APD 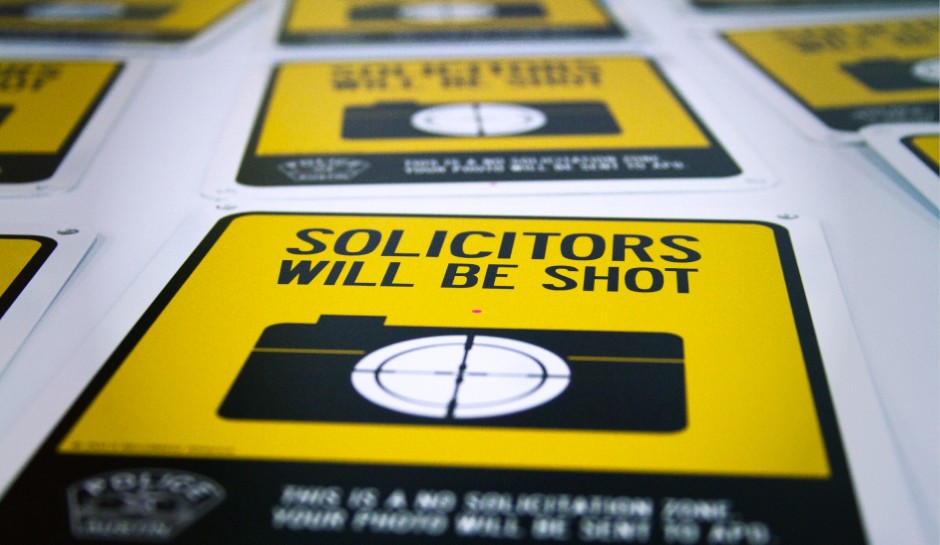 Brief:
West Enfield (a neighborhood in Austin, TX) was experiencing an increasing number of break-ins. The Austin Police Department discovered that this was due to information provided by criminals posing as magazine solicitors. Unfortunately, there was nothing they could do as no laws were being broken. The goal was to create a program similar to a Neighborhood Watch, but with a little Texas twist to show that homeowners were serious.

Solution:
Working with the APD and neighborhood leaders, we created a simple solution – get neighbors on the same page. Residents were instructed to take a picture of any unknown visitors immediately upon opening the door. The image would then be shared amongst neighbors and eventually sent to the APD if duplicates were identified. This newfound unity was then proudly conveyed throughout the neighborhood on signage and vinyl stickers to deter would-be, criminal solicitors.

Results:
West Enfield residents have purchased over 100 signs and vinyl stickers and months later there have been zero break-ins.